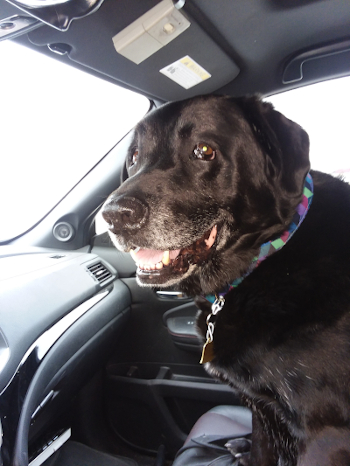 The Yarkowling – by Teddy Spaghetti

Editor’s Note: We’ve been trying to get Ted to write a blog since we got him from Old Dogs New Digs in April 2019. He stubbornly refuses. However, we found his diary (He calls it “Diarrhea”). These are excerpts. PLEASE DON’T TELL HIM WE HAVE HIS DIARY.

When I first got to Chez Crappy, I thought Don and Liana were serial killers. That’s only because they were way creepy and I thought they were going to torture and kill me.

Eventually, I realized they didn’t want to kill me, they’re just really old and dumb. And they try to make me do dumb things. Like eat a fish oil capsule every morning – BLECCHHHH!!!!! Don’t get me wrong, I try to fit in with the other dogs. I even tried sleeping on the bed with them and getting cuddly at night. It WAS actually kind of fun until Don threw me off the bed. He said I kicked him in his naughty bits while I was having a running dream. That’s BS. I don’t dream. Don is a Jackball.

He struts around like he runs Chez Crappy, but we all know who runs it – Liana. I don’t even know why she lets him sleep in the bed. Or even the house. I wouldn’t.

Dunkin’ Donuts might be the only thing Don does right. He stops at the drive-thru in Wiscassett a lot. The person at the tiny window will give out a nice treat to all us dogs. I’ll try to be helpful and charge through the tiny window to help the people get the treats ready. That buttsteak Don yells at me and blocks me with his right arm. Then it takes forever! So much longer than if I were in that tiny window helping. One time the person gave us a slice of ham.

Don is angry most of the time, and it’s probably because they never give him a free treat at the tiny window. He has to buy all his treats. But Don always buys something for all us dogs- like hash browns or an old fashioned donut. Sometimes, Don will get a sandwich and he’ll split up the last sausagy bits for us. That’s even after the old fashioned donut or hash brown.

So much for the Man. Now the Monster.

I HATE every single time Don makes me get in that stupid truck. Even if it’s to Dunkin’ Donuts. Don’s truck sucks the big one. He puts the seats up in the king cab and throws a scuzzy bed in it. If Buddy gets thrown in back, he fouls everything up with his Old Man Stink. And he farts a lot. How can that dog stand his own smell? You can’t see anything out of the windows when you’re in back unless you jump up and claw them. That gets pretty tiring after a couple hours. At least I can see out the windows in Liana’s car. Don’s truck is like some kind of dice-shaker. When it stops, you either get Dunkin’ Donuts or a slow, stinky death with Buddy. It’s like being Schrodinger’s Dog.

Max and Auggie don’t mind being in that deathtrap. And Buddy wouldn’t know if he was on a roller coaster or a cattle car to Auschwitz. I try helping Don’s driving by snapping at his ear when there are things on the road that could kill us. When he’s going too fast I’ll jump in his lap. One time he was driving so fast I drooled and stomped on the bag that had his laptop and lunch. Don says he won’t let me in the front seat anymore because I block his rear view mirror. I think he’s still mad about the lunch and laptop. And I think he likes to keep the little window at Dunkin’ Donuts all to himself.

One time Don left me in his parked truck for over 45 gagillion years before I had to start chewing on the center console. Dog knows how long we would have sat there if I hadn’t chewed on it. Don was mad and yelled at me, but at least I did something. Max and Auggie just slept. Buddy just slept and stank. He must have been exhausted.

Buddy is still alive, but I’m not sure why. Besides stinking everything up, he barks all the time. Except it’s not a bark. It’s a yelp-bark-howl. It’s a yarkowl. It’s pathetic. It sounds like he’s being strangled. Whenever he starts yarkowling at the shop, Don will wobble him over to the water bowl and if he doesn’t drink, he wobbles him across the street to the lawn so he can pee and/or poop.

I used to hate Buddy. I growled at him every time I saw him. He is a big, black, stinky lump. He never moves unless it’s dinnertime – then he’s wobbly greased lightning. Don and Liana started doing flaky things like taking him to acupuncture and the chiropractor. NOW he’s a big pain in the butt because Buddy can’t see or hear, but he can smell and walk. He’s a different dog. He wobbles all over the place, annoying everyone like a blind Mobile Stink Factory that bonks it’s head into walls.

Last week we all (K-9s and Bipeds) took a break and went to the lawn across the shop. It was a beautiful sunny day. We were playing around. Everyone was there and having a good time.

After a while, Don and Liana sat down on the Blue House stairs. They left Buddy on the lawn where he went to sleep in the shade of the giant, rustling maple tree. Max dug himself under a bush in the corner of the deck, and Auggie laid down next to Don and Liana.

Everyone and everydog was relaxed so I went up the stairs to the deck so I could get a good view of the surrounding terrain. I could defend us from any weirdos closing in on us. Damn weirdos are always closing in on us.

From the deck, I saw Buddy awake with an awkward jerk. He looked around frantically. He put his snout up in the air and sniffed. He panted. Then his body convulsed faintly. The convulsions grew. Then I first heard it – the faintest yarkowl. After a minute, he was yarkowling at full, desperate volume. People outside the shop and coming up the hill looked around. Then Don walked over and laid a hand on Buddy’s neck. Buddy sniffed Don’s leg and his tail wagged. I haven’t seen Buddy wag his tail the entire year I’ve been at Chez Crappy.

They both walked slowly across the street and into the front door of the shop.

I don’t growl at Buddy any more.