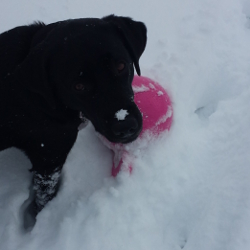 Yes. I posted this a day earlier than the other blogs. Don’t test my leftover manufactured holiday cheer. I’m warning you.

2016 was a tough year for our pack. Not only did we lose Coal – the only other dog in this miserable pack that loved to swim and fetch – but we lost Whit, my favorite fetching biped EVER. My life has been sadly bereft of fetching since their passing. But my life has also been saddened by their absence. I used to make fun of Coal, now I wish we were swimming after the same stick the way we used to. He was a good dog and he appreciated a good donnybrook for a thrown stick.

And I can’t even begin to tell you how much we all miss Whit and how much I miss when all of us dogs would gallop into his living room to see him and get the first head rub. After the initial chaos died down, I would sit by his chair and guard him against the other dogs from being too demanding or if Buddy wanted to slobber on him. And yes, I read Max’s tribute to Whit. Max did a great job in honoring the man in his blog. Of course I could do better, but I’ll let Fatso have his day in the sun. It’s the least I can do.

Even Ginger, my wiener dog pal was hit by a car this year. We were ever so worried and and she’s recovering, but she still can only walk on 3 legs. I’m sure there’s more and worse things you can heap on our noble pack. I couldn’t imagine what and I won’t imagine it. And if you can, keep it to yourself or I will bite you.

I am so glad that it’s my turn at this simpleton blog for the new year. Now that your phony Biped holiday cheer is over, you must agree that all the lights and decorations seem pathetic and you are exposed for what you are – a bunch of hangers on. You all make me sick and I wish I was 3 feet in front of the Voyager Spacecraft so I could say I was the farthest earthly thing from all of you.

And yes, I’ve read Max’s last missive about how badly Don has been treating everydog with regard to food. But what do you expect from a fatso like Max? Of course he’s going to complain about food. What else does that dog think about? At least Buddy is terrified of creatures that aren’t there. That’s entertaining. On so many levels that is entertaining.

And because so many of you have asked, I’m not joining Max in his revolt against the delayed breakfast time. Not now. Not ever. Why?

Sure, the arbitrary serving of breakfast by the Car-Drivers angers me to no end. But that Blunderbuss has always thwarted my attempts at change for the Faulty Pack. Where was “solidarity” then? Where was the recognition of tyranny? Of course Fatso talks about dignity and solidarity when he’s not getting breakfast on time. But when I talk about dignity when we encounter another dog pack, I get laughed at. Let’s see Max dig his teeth into revolution with only Buddy. At least Coal nodded sympathetically when I spoke of revolution. Buddy can’t even decide where to poop.

And why am I in such a horrible mood? It’s easy for you out there to judge. Not only was all of 2016 a complete slow-motion dumpster fire on a train wreck, but Christmas was not so kind to your Benevolent Ruler. Where I asked for fighter jets, I got To Doggy With Love treats. Where I asked for carpet bombing, I got a mini glow-in-the-dark Kick Fetch. And where I asked for howitzers and forward artillery, I got shampoo. I am not complaining about the shampoo. My old shampoo smelled like a bus station urinal. Of course I ran away from baths in the past. What did you expect me to do? Willingly surrender myself to be maced with a shampoo that has so much caustic lavender and scented talc that it can fuse the eyes of a charging rhinoceros shut? Of course I ran. You would run too if your sense of smell was 300,000 times your usual human dead-nose. Why do all you bipeds even have noses? They don’t even work. Maybe it’s to make you look less grotesque or less Voldemort-like.

So thank you Don for finally getting a shampoo that has the nice scent of ginger. You’re my hero. Ginger is my favorite scent of all time. And let me stop all you cretins right here who are suggesting that my favorite scent is somehow related to my favorite dachshund girl-friend Ginger. Please grow up.

Let’s all hope that Don will get me forward artillery for my birthday. It’s July 5th in case you’re wondering.

Fortunately, we have Burning Tree to look forward to in January 2017. It’s the best party ever! Ginger will be there and there’s all kinds of other dogs and treats and sledding and kids and things for an enterprising dog to do. Of course Fatso will be stealing all the food he can and rubbing his butt against everyone in an obvious attempt to get his butt rubbed. Pathetic. Even for Max. (Editors note: Let it be known that Auggie does his fair share of counter surfing and and begging for human affection).