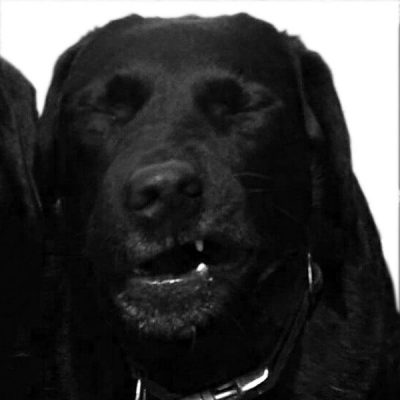 We live in evil times.

You slothful whelps out there hardly know meaning, suffering nor sacrifice from your own butt. You think everything is but little trinkets for your amusement and wonderment. Have you forgotten all the rabid raccoons, skunks, and porcupines we older generation hath fought for your basic freedoms? And what thanks do we heralded warhorses get for our sacrifices and tribulations? Naught but apathy from a bunch of doughy, urine-smelling, ignorant tykes what cannot fetch a simple tennis ball with conviction.

I say “Pshaw!” to that. Do you understand?? PSHAW!!!!” Do you hear me?!?!? A POX on the younger generation! How dare you that I lament the future when I seek nothing but peace from my twilight years?

For shame, you coddled generation of soured wolf DNA.

I lived with my helpless siblings in a depressing whelping box what bordered a foetid swampy backwater in Maine. When I came of age, I was sold for a mere pittance and brought forth into a house of discord and spite. Upon our very first meeting, Max made it clear my presence should not be tolerated.

Yet I did not kowtow to Max on our first meeting. Nor did I suffer him in future. I was my own dog at 8 weeks and it was clear to Max that hazing or mere tauntings of my being would be met with a terrible retribution in which canine blood would flow and flow upon an innocent earth.

From my very first days at Chez Salty, I fetched. That is how I endeared myself to the blunt, cruel Bipeds of the house. Max professed no interest in fetching for treats nor threats. Perhaps he regarded fetching beneath his lofty station. Perhaps he was incapable of contesting me at a subject in which I excelled. I required no treat. Fetching was borne unto me. I relentlessly fetched balls, sticks, stuffed toys, and a vast array of similar items. I drew the line at newspapers or slippers as a dignified Canine should. I fetched in houses, apartments, fields, oceans, lakes, streams, and one time I fetched in a circus tent full of elephant dung (Editor’s Note: Not true. But it sounds good.) I earned and defended my title of “Supreme Fetch Dog Throughout All The Land” at every turn and against any bright-eyed, hopeful usurper. I should admit their crushed dreams provided my broken heart with solace through those trying years.

Then Coal was forced to abide the dreariness what is Chez Salty. The dog was an uncouth cad, yet the old boy knew how to competitively fetch. I had to give him that. He wasn’t like Max or these Precious Pups of today. He was of noble mind and fetching spirit. I considered him brethren. Much more so than Max.

I see little of Coal’s determination in the youth of today.

Once I had accustomed precarious constitutions to Coal, Don and Liana thrust Buddy into the boiling cauldron of Chez Salty.

Buddy was an amiable fellow. Quite dumb, but happy, friendly, and content in his meagre endeavors. He was the kind of chap who could fall asleep on the lawn on a bright, sunny day and be attacked by a roving pack of rabid raccoons for absolutely no reason. Such was the disposition of Big Dumb Buddy. We were always extricating the old man from situations like that.

Yet no matter how much I loathed Buddy’s indolent, stolid self, I would defend him to the very last fibre of my being. He was helpless on his own. He was my brethren, and I possessed a strong sense of duty to protect whatever Innocent lay within my charge.

Today’s youth would simply join in with the raccoons.

I see them all the time– the pampered, Precious Pups of the younger generation what are literally in the lap of luxury. I’ve never been carried in a sling. I’ve never been wheeled about in a carriage like a sack of produce. I’ve never eaten off my Biped’s plate nor been begged to take a medicine for my own good.

The Precious Pups of today are fretted over incessantly by their dull-witted Bipeds. They are consistently unable to perform even the most basic of dog things. They refuse medicine – even rolled up in sumptuous cold cuts. They throw their slovenly face into my face at first meeting. They bark unrestrainedly at nothing. They shave short their years on this earth with Cheetos and hate.

Yet I have been repeatedly ambuscaded by, and triumphed over The Evil Vets. My mettle tested by Doggy Day Prison, and still suffered the slings and arrows of Don’s dark heart for over 77 dog years.

I have reclaimed our front yard, time and again, from wild turkeys, raccoons, drug-addled deliverymen, deranged cultists, deer, and dozens of potentially infected members of the Family Rodentia who live throughout the grounds. This rabble sought to supplant the Bipeds as rightful owners of the Chez Salty Estate. Yet I thwarted them time and again.

And I asked for nothing in return.

It was my duty, and I perform my duties as best as my abilities allow.

The ridiculousness of it all is that these Precious Pups of today are merely training their thick-skulled Neanderthal owners to give them whatever they want whenever they want it.

You of the younger generation are but a mere swarm of nondescript parasites. You regale yourselves with nothingness. You accomplish nothing. Your lives amount to nothing aside being doted upon and wheeled about by gullible Bipeds like horribly-behaved, indolent, furry potatoes.

Bipeds are only too glad to comply with irrational, emotional demands placed upon them by untested curs. Bipeds believe it is an enormously complicated situation. They are so irretrievably dense and arrogant in their self-narrative that they will entertain some threatening dog with a misfiring brain for decades so long as an irrational Biped chord of redemption is struck. And that’s what I can’t abide. A generation of reprehensible dogs getting away with metaphorical murder.

I AM NOT A FURRY POTATO. I AM A SELF-DETERMINED, INDEPENDENT DOG. I SHAN’T BE CARTED ABOUT AND DISPLAYED BY IGNOBLE BIPED SCUM FOR CHEAP LAUGHS. I SHALL RETAIN MY HONOR AND DIGNITY THROUGHOUT MY SHORT, NOBLE WALK ON THIS PLANET NO MATTER THE COST!

MY NAME IS AUGUSTUS MEGATRON BULLDOZER KINGSBURY! LOOK ME UP!! I AM A SENTIENT DOG! I DO NOT, NOR WILL I EVER, CONSENT TO MEDIOCRITY!!!!!

Now shut your bone-holes, you disgraceful milquetoast generation of flabby curs, and listen to me. I shall assume it is the first time in your pathetic life you are listening to anydog or anyone.

Without exception, the younger generation of Canines carries itself such that it seeks to “Rumble.”

I fail to see how Bipeds think it uproariously funny that a tiny, anemic, poorly-trained, incessantly yapping dog faintly smelling of urine that you coddle in your unconditionally forgiving arms is “intimidating” me.

In the days of my youth, your delicate, doted-upon, helicopter-parented Precious Pup and I would be on an equal footing no matter the dog’s size. And I would guarantee you an enormous sum should your Precious Pup refrain from cowering before me like a common rat should we meet on an equal ground.

It’s called socialization, Bipeds, not socialism. And believe me, I don’t understand the American revulsion with socialism nor any other Biped socio-political-economic tomfoolery. And rest assured that the Precious

Try socialization. It will make your dog less of a pain in your ample buttocks and for every dog and Biped exposed to it (socialization, not your buttocks). My generation was forced into socialization when we were but mere pups. We didn’t like it, but we did it. And we were better for it. Us dogs sorted things out amongst ourselves with nip and growl in those days. We didn’t need Bipeds to curry favor, nor apply a twisted manifestation of their ape- justice upon us.

In olden days, should I raise my tail in challenge to a random dog on the street, the light would be green for a “Rumble.” The scars I sustain on my very snout and cheeks are are indisputable proof of my socialization. Those scars are blatantly evident. Yet, they are currency I cannot redeem.

I earned my stripes.

Contest me no further upon these matters.

A SHUDDER FOR THE FUTURE

I surround myself with dogs what have commended themselves in their community, or made a life of industry, ambition, or honor. My personal heroes possess all three. Perhaps these Pernicious Precious Pups of today could learn much from Big “Dumb” Buddy, were he alive today.

And be warned: I shall not tolerate Buddy’s memory soiled by curs what simply run the course of life’s river without carving a bank, encountering rapids, or creating a single ripple.

Yet cryogenics will enable these insane and short-sighted Bipeds to further muddle an already declining gene pool with their beloved and eternally malfunctioning “toys.”

I shudder for the future.

Hello from 😡 Hot Hell 😡 aka California 🤑:

Another wonderful day in the Golden State….where every living plant is the color of “burnt” Golden Brown….today a balmy 106° Spring Time weather…this weekend 110°. I ask you Auggie, why do tourist bring their furry babies to this PURRFECT State of Hell ….and then leave their dog’s locked in their gas guzzler….I say…”Shame On You!”
OH!!!! let’s not forget Gen-Idiot…. evening news….”Parent arrested for leaving child inside (really, not locked outside) locked car….temp over 100° outside!”…..Yep, Don (not the dog) hit that nail on the head! Furthermore, I’m positive working Don (not the dog) is a “walk in the park😁” simple to please… whiskey in the morning, whiskey in the afternoon & and whiskey in the evening 🥰. As for MeAdam’s her visit was a total FAKE, I bet you Auggie one dog bone to one shot of whiskey, never got on her broom stick ….. claiming invited by friend’s whose family members are in the Historical Museums….my family members “Karnes” is in the Historical Museums and I never invited that “Bitter to the World” Old Bag to Maine!🤯
Also, where did Don (not the dog) get that video of my Son , during our playing “German” week????? That out-break is what sent him “back east” for a proper education…not some California liberalism called education. May I please take a moment to Mom brag…..Son graduated from Leigh High that Rossin College of engineering. Yep, “back east” education is the best…..tell Don (not the dog) be happy not dealing with California half-baked educated nim-witts🤑

Well, until next month Your Friend, The Old Bag😍