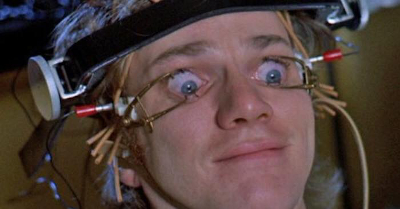 Listen, I’ve been on vacation and therefore very negligent. I don’t have a fully-developed blog for you this month. Luckily, I DO have a lot of random, humorous story fragments. Kind of like the Dead Sea Scrolls.

So I’m going to try a Quentin Tarantino move here. I’m just going to string along these unrelated fragments with the barest of threads – my dogs. Unlike Tarantino, I’ll wrap it up with a warm emotional bow.

ALL SUSPECTS ARE INNOCENT UNTIL PROVEN GUILTY IN A COURT OF LAW.

One time when Liana and I were on heavy medication, we thought it would be a good idea to bring everyone on a road trip to Sanibel in Florida. That’s 1,100 miles each way and 700+ pounds of Bipeds and dogs driving in a Honda Pilot that was simultaneously being held together by, and stunk of, dried dog vomit. Did I mention we did the trip down in two days?

Liana and I started fighting around Edgecomb. The dogs took their cue and fought amongst themselves incessantly. It was only a matter of time before we tried inter-species fighting. Even Coal got snippy.

We sped through crowded, angry states like New York almost gleefully, laughing at all the middle fingers being thrown our way, but as the trip slogged on through those hot, flat, southern states, we all started to hallucinate. I think it was because of Max’s terrible, persistent, and voluminous flatulence.

Coal had delusions we were going to abandon him. When we let him out to pee he ran straight back to the car door as if to say, “Ohhhhhh No. I’m not falling for THAT.”

I suffered from the hallucination that our gas mileage dropping to that of a dump truck’s because of all the accumulated fast food wrappers, dog vomit and Twilight Zone-like demons (TZLD) trying to destroy the Vomitmobile.

Auggie would bark loudly and randomly when my guard was down – usually when I was in fast, heavy traffic. It felt like I was getting water boarded. As the trip ground on, I began to think Auggie was either an angel warning me about TLZD destroying the steering column, or or a devil trying to get me to slam the Vomitmobile into an abutment.

Buddy would obsessively scrape at the windows and pant annoyingly. Possibly in response to the TZLD, but more probably because he had to pee. There was no way we were going to stop for him to pee on I-95 unless he bit us.

When we arrived at Sanibel, we all – dog and Bipeds – staggered out of the car blinded and disoriented. We were jittery and afraid. We couldn’t speak. We were like newborn pups. Whenever I closed my eyes, I would see never-ending highway throbbing and pulsing on my optic nerve like it was a brand new tattoo.

It took a lot of cocktails and warm walks on the beach to smooth everything out such that Man and Beast could get back in the Vomitmobile for the ride back north.

When Auggie was just a 9-week old pup, I was painting the Southport cabin and he would hang around outside with me and Max. He never went far.

One day, I finished painting and Liana came home. We had a couple cocktails. Despite the cocktails we noticed Aug was staggering around and falling down. He had a taut belly. We immediately thought parvo.

We called the emergency vet and she said “Probably parvo.” Of course we’d had those cocktails so we couldn’t drive. There was nothing we could do about parvo even if we could drive. We spent the night doing what the vet suggested – giving him water and checking for a heartbeat.

Aug curled up next to Max and stopped moving. We lamented the death of our tiny, anvil-headed puppy.

In the morning, Aug was fine. He woke up and attacked his breakfast. And Max. It clearly wasn’t parvo. We had a mystery on our hands.

Aug spent a lot of time digging under the porch the previous day. I wriggled under there and saw a bunch of partially-eaten mushrooms. I don’t know what kind of mushrooms they were but they explain a lot about Auggie today.

Perhaps Auggie will write a blog about it if enough of you ask him. Perhaps.

Max met Jack, the “Salty Old Maine Lobsterman” at Newagen when he was around 12 weeks old. Jack loved dogs and would always slip Max little bits of bait and let him lick all the salmon oil from the nozzle of his jug. Max LOVED Jack.

We thought the whole thing was cute until Jack fed Max an 8” rotten bait herring. It was almost as big as Max. We panicked and told Jack we had to go because I was having an aneurysm. Jack understood.

When we got to the car, we phoned the vet. I think the tech who answered was bored and kept us strung along with questions like “Did he swallow it head-first?” and “How many times did he burp afterward?” We’d rack our brains but all we could think of was what awful dog parents we were because we couldn’t remember how many times Max burped after eating a rotten herring and our little puppy’s life was in jeopardy.

Apparently, the tech got busy with real work and said “Listen. Fish are all cartilage and dogs can process cartilage just fine” and hung up.

I love these things called Landjagers, and I can only get them at the Riverside Butcher in Damariscotta. Of course when you live in Boothbay Harbor, Damariscotta might as well be on the other side of the moon. They were a delicacy.

One morning I was getting ready for the shop. I started to move all the stuff I’d need for the day to the coffee table – computer, phone, iPad, lunch, Landjager, cherished autographed photo of Brian Doyle Murray, keys…

I went back to the kitchen to put coffee in my travel mug. I turned around and Big Dumb Buddy pulled the Landjagers off the coffee table and was chomping them on the carpet. Evidently, he could still smell.

I ran over to him. I was furious. I reached down to grab them and Old Buddy growled at me. Buddy growled! I had no idea he could even do that.

After I recovered from the shock, I wrestled the two partially-chewed, saliva-drenched Landjagers from Old Buddy. I shouted at him that he was a very bad dog. Of course he couldn’t hear any of it. He certainly looked remorseless.

As I was shouting at Buddy, Max slipped up and coaxed the Landjagers off the coffee table without me knowing. He ran into the bathroom and blockaded the door with his fat butt.

Max ate them all before I flushed him out of the bathroom with pure rage and a whiffle ball bat. I was late opening the shop. I was also very angry for the rest of the month.

Bill was a weekly delivery guy and he gave all our dogs “The Big Love.”

One day, he dropped a huge bag of dog food on the pavement by our shed. Kibble exploded everywhere.

All four dogs went into “Berzerk Mode.” They mobilized into a frenzied canine horde that I couldn’t possibly control.

I responded with “Angry Don Mode” and swatted at them with a broom. I defended Kibble Mountain like some angry, fat, sputtering witch. After 10 minutes of me pointlessly defending the pile I thought “This is as close to the lottery as any of my dogs are ever going to win.” I stopped using the broom as a weapon and calmly started sweeping the mess into a bin. The dogs ate themselves stupid.

I think Auggie was actually sated for the first time in his life. Thank Dog none of them got twisted stomachs. When it was all over, Bill became the center of my dogs’ Cargo Cult-like worship. Whenever he showed up, my dogs went absolutely off the rails and couldn’t be restrained by any power us humans possess.

And Bill comped us for the broken bag, so Liana and I liked him a lot, too.

One reply on “Pup Fiction – by Don”