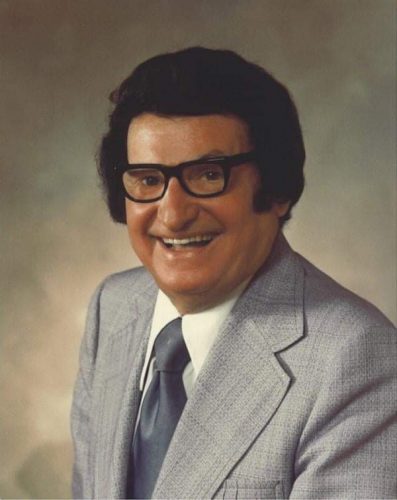 The Rancid Interview – by Don

Hello. This is Chad Rancid of “Who The Hell Cares?” Magazine.

Today, I have a very special guest for you. The first ever interview of Don Kingsbury- reclusive hobo genius behind the unstoppable juggernaut, “Two Salty Dogs Pet Outfitters.” Mr. Kingsbury was VERY clear: “We ain’t That Salty Dog thing in Wiscassett. That’s a groomer. We don’t groom no goddamn dogs. Jeezum.”

Mr. Kingsbury has been described as seclusive and unpredictable. He was also send home from the 3rd grade with a note from his teacher that simply said, “Donny is vituperative. We need to talk.” Looking up “vituperative” in the dictionary was little Donny’s first step in his love of the English language.

Mr. Kingsbury was recently thrust onto the worldwide stage when his 14-year-old Black Labrador Retriever, Maximus Gary wrote the first ever heist novel written by a dog.

And so, deep within Don’s underground, nuclear-safe, military facilities we met. I must also disclose that I was frisked, searched, disrobed, shaved, disinfected, body-cavity searched, and intense beams of ultra-violet light sterilized every exposed surface of my body. Then I waited over an hour before I was ushered into a nondescript foyer. There were no windows. It was impossible to tell how far below ground I was or what the time was. For a brief minute, I thought I was in the Orwellian Ministry of Love.

I was supplied with a black Two Salty Dogs T-Shirt and lime-green sweatpants with “BUTT” written on the rather large posterior. This caused Mr. Kingsbury no end of amusement.

I was led to a feast of local steamed mussels in a divine cream and curry broth with toasted sourdough bread, fresh-picked lobster claw with drawn butter, pepper and tarragon. We also partook in a thankfully small bowl of dog kibble that tasted like herring. I’m sure Mr. Kingsbury was testing my mettle as was the custom of mid-coast Maine pet-supply stores going back centuries. Mr. Kingsbury didn’t utter a single word, though he issued grunts of acknowledgment when food and/or liquor was set in front of him by what appeared to be a cadre of zombified hoboes. Shells, chunks of food, and other detritus cascaded from Mr. Kingsbury’s person in waves.

After the feast, we settled back with our cognacs into the overstuffed chairs by the fire. A mahogany box of Cohiba cigars was made available and we both lit one with relish.

It was then we began the interview in earnest.

Chad Rancid: Hello Mr. Kingsbury! Thanks for agreeing to our interview!

CR: Mr. Kingsbury, I guess the question on everyone’s mind is why, after a very promising career at the Federal Reserve Board of Crunchy Outsides and Creamy Centers, did you decide to open a pet supply store?

DK: What the hell are you talking about?

DK: That’s a very interesting question, Eddie. I was abducted and probed repeatedly by illegal aliens just about every day I was with the Federal Reserve. It wasn’t the fun kind of probing, either. And remember, this was all before being abducted and probed was “cool.” When my insurance for probings ran out, I was discharged into a ditch of freezing mudwater, totally nude and heavily sedated. My first thought was, “My Dog, I need to get out of this ditch before I die.” I think I was in Ketchum Idaho.

CR: How soon after you clawed yourself out of that muddy ditch did you get your first dog?

CR: Can you shed a little light on your childhood years?

DK: I was born a poor Asian man into a middle-class Jewish family living in New Mexico. I didn’t see my first rainbow until I was three. I was abducted and subsequently abandoned by six different space alien species. It taught me a lot about what jerks aliens are. BTW- Aliens LOVE Dewars Scotch. They can’t get enough.

CR: How many dogs do you have at this time?

DK: Big Dumb Buddy’s not a full dog. He just eats and pees and poops and sleeps. All in the same place. Sometimes all at once. Also, his weight is about half tumors and skin tags.

-[Looking vacantly into the distance] I’m convinced Buddy is the dumbest dog in the history of this planet. I don’t say that malevolently. I don’t hate Buddy. I love Buddy. And the best thing about Big Dumb Buddy is that he’s dumb. He’s innocent. He writes like the character Charlie Gordon in the novel “Flowers for Algernon.”

CR: Let me add that you’re referring to the Charlie Gordon before and after the operation.

DK: What the hell are you talking about?

DK: Thanks Eddie. Buddy doesn’t use words over three syllables. He doesn’t use complex sentence structure. He just tells a simple story. And he will pull all of your heartstrings with that story.

CR: I see. And the other three dogs?

DK: There’s The Dummy, Fatso, and The Geezer.

CR: Can you tell us some more about “The Dummy?” [Editor’s Note: Teddy]

DK: Teddy is really dumb. Not as dumb as Buddy, mind you, but pretty friggin’ dumb. I mean, Big Dumb Buddy couldn’t find his food bowl when he was let into the room through a different door. But at least Buddy went up the stairs, was OK in cars, and swims. Teddy won’t do any of those things willingly. Theodore also has the maddening skill of going wherever I am going to be three seconds before I get there. I can’t tell you how many times I’ve stepped on his toes or almost cracked my skull open after tripping on the lug nut. But it’s enough times that you’d think Ol’ Teddy Spaghetti would steer clear of me. Nope.

I also think it’s hilarious that we steal entries in his angst-filled diary and publish them for the world to read. Dog help us when he finds out.

DK: That dog would run through a thousand yards of forest fire to eat a dead crab that’s been stinking on a beach for three days. He ate 2lbs of walnut-shell kitty litter right out of the bag and didn’t even poop differently.

And Auggie hates puppies, which is great for a pet store business.

I absolutely LOVE Auggie’s writing style. The antiquated prose and terms. The vitriolic subject matter. The haughty perspectives…. And let’s be perfectly clear; I would speak and write EXACTLY like Auggie in my everyday life if I thought I wouldn’t get my skull cracked by some Neanderthal.

I love Auggie. He reminds me of Tanner from the Bad News Bears who fights everyone all the time.

CR: Any comment regarding your late dog Coal’s blogs?

DK: [The frenetic energy Mr. Kingsbury has displayed since my arrival is gone]. You jug-faced poltroon. How dare you? This wasn’t part of the agreed interview. You’ll hear from my attorneys, I swear!

-[Raising his cognac glass] Coal was a fine, upstanding dog. I really loved Coal’s writing style. It was simple. It was objective. It was good natured just like he was. The topics he wrote about were compelling. My favorite blog of his was “17 Messes in May.” He basically described the complete crumbling of our entire dog/human family on a beautiful May day. The Breakfast and the Dogmanity is another favorite of mine…

CR: My take on Coal’s writing style is that it is very similar to Sue Townsend’s “The Secret Diary of Adrian Mole, Aged 13-3/4.” Not Adrian’s work when he actually TRIES to write, but rather the body of his diary where he describes the inner-workings of his family and friends.

DK: Hey, that’s great. Do you want to interview yourself?

CR: Quite. Perhaps a comment on “The Geezer” [Editor’s Note: Max] and his latest heist novel?

DK: Uuughhh [Shaking his head]. Max has been a pain in my butt since he came into my home over 14 years ago. That little jerk pushes my buttons until I am a raving, incoherent lunatic. And just when I’m ready to sell him to a farm where he’ll be pulling a donkey cart for the rest of his days, Liana will step in and call me a monster. ME! A Monster! HA!!! (Spits from the side of his mouth onto the carpet and takes a long drag from the cognac bottle).

The trouble with Max is that he’s smart. Very smart. He’s the only dog I know who’s written a novel… er… novella. And he writes about me. Try having your life exposed to the brain-dead hordes by a cold-nosed, four-legged, butt-sniffer who can write. [Flicks cigar end to the fire and looks at the carpet] Max’s life has been one heist novel after another. It was only a matter of time before he glorified himself in a formal and semi-permanent way. Don’t believe a word of it. He has a very fertile imagination and a lot of time to cultivate it.

-[At this point, Mr. Kingsbury becomes agitated. He raises his voice and gesticulates erratically]. But at least Max’s writings are done from the point of view of a real dog and don’t depend on a dog dying every 10 minutes to keep you engaged like all these movies that are supposed to be from the dog’s point of view. Of course, I’m referring to “Air Bud.” A pox on your Air Bud. While we’re at it, to hell with “A Dog’s Purpose,” too.

And as far as Max’s heist novella – “Day of the Dogs”- I think it’s a solid piece of writing that portrays me rather poorly. But at least it’s not a fluffy glorification of “Man’s Best Friend.” It’s an exploration of dog-dog and dog-human interactions

I don’t even know why the hell I have dogs.

CR: Perhaps animals like lizards or guinea pigs are more to your liking.

DK: Cripes. Like Sea Monkeys? I raised and trained a whole family of them from the packet. I loved them so much! Then I tried bringing them to the Jefferson Memorial for Jefferson’s 255th birthday and they all died. Even Loopy-Loop died. I alternated between angry and despondent for several years before taking it all out on my wife.

CR: Do you have a statement regarding the accusations you cropdusted an entire Walgreens?

DK: Prove it and come get me.

CR: And the rumors that you punched a walrus in the face?

DK: He punched me first. Well, it was more of a flippering. But the intent was malicious considering I flaunted a rather large hoard of clams at his mate… AS WAS MY RIGHT!!!!! [Screams angrily whilst shaking his fist in the air].

CR: [At this point, my head is swimming in cognac. I’m barely cogent]. Mr. Kingsbury, some might conclude that you are a boorish lout. What do you say to that?

DK: Eddie, some might be right. But I’ll take a walrus flippering over condescending English snottiness any day.

-[He stands up, puts his hands on his hips, pulls his chin in with his upper teeth out and says in a falsetto English accent]: Quite, old boy. And just to be perfectly clear, some might conclude I was a pigeon-toed princess named Falco with gout. Your disapproval means nothing to me sir, because I have seen what you approve. Restrain yourself in future or I shall give you considerably more than a cropdusting or flippering.

———————————–
Chad Rancid received his Journalism Bachelors at Repugnant College in Clogged, Montana in 1991. He went on to get a masters in Twerking with a concentration in Malfeasance from SUNY- Montauk in 2016

After his masters degree, Chad spent 2 years as The Cheesecake Factory’s best-dressed dishwasher until he cultivated the smart-sounding English accent that landed him this cush little gig that is waaaaay out of his league.

He fights for human rights and street people for money.