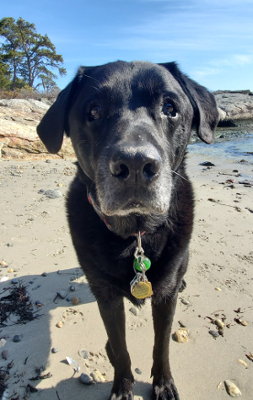 Everything is Stupid – by Ted

Editor’s Note: We’ve been trying to get Teddy to write a blog since we got him from Old Dogs New Digs (ODND) in April. He stubbornly refuses. However, we found his diary. PLEASE DON’T TELL HIM WE HAVE HIS DIARY. Also – because this is a diary, there is stronger language than a normal dog blog. Also, you can read Don’s assessment of Small Head Teddy Here. There’s a lot of overlap.

The Biped died. Why did she have to die? I moved around to a bunch of places after and it really sucked. The next thing I knew I was in the shelter. I wanted to kill myself in the shelter. It was so awful with all the barking and meowing and squealing and crying. I kept barking, “SHUT UP! SHUT UP! SHUT UP!!” But nobody would shut up. Nobody listened. I spent the entire time in a crate. They let me poop once a day, but one time I pooped in the crate. There was nothing I could do about it. The shelter sucks. Give it a crappy Yelp review. I did.

When I was ready to kill everyone in the shelter and then myself to make it look like a murder-suicide case, The Nice Lady [Editor’s Note: Teddy’s ODND Foster, Amy L.] got me out of there and brought me to her house. There were a lot of other dogs at her house and I stayed for a while. I was very happy there.

One day the Nice Lady put me in her car by myself. I should have known something was up. She brought me to “Chez Salty.” I’ve been here ever since. “Chez Sucky” sucks the big one. The people here try to make me do stupid things like go up stairs, swim, and eat breakfast. Yeah, it’s as stupid as it sounds. Dream on, “Chez Losers.”

All three other dogs at “Chez Crappy” are male black labs. I thought I was being added to some serial killer’s victim pool. The other dogs in the pool are Max, Auggie, and Buddy. I don’t know what the actual Bipedz names are. I call them The Serial Killers.

After Walkies, they bring me to a place that has severed ears and body parts all over the floor. The Bipedz yell at me if I take one. After I let it go, they’ll let me have it. WTF? It’s even more frickin’ bizzare because there are all these squeaky toys all over the walls and they won’t let me squeak one. NOT EVEN ONE. It’s like being in John Wayne Gacy’s Crawlspace for Dog’s Sake. They better not try to kill me, though. I am 100 lbs of pure, growling venom. I’m serious. I’m your worst nightmare. I will carve you morans up if you mess with me. Frickin’ Losers.

One time the Serial Killers tormented me by letting a little pissed-off dog-smelling beast into The Crawlspace. It was the size of a cat but it barked and barked at me and it smelled like a dog. I ran all over trying to get away. The thing charged at me a bunch of times and all I could think of was some dog-smelling cat with rabies trying to give me rabies. Why else would it behave like that? Of course the Serial Killers laughed and laughed- like a dog getting rabies from some blood-crazed cat-beast was a spectator sport. I finally got myself behind the counter and the Woman Serial Killer let me in the back office. I spent the rest of the day there. These jerks can torment me all they want, but they’ll have to drag my corpse back to the shelter. I’ll never go back to the shelter.

The food at “Chez Crappy” sucks. “Kibble” is a frickin’ JOKE. The Old Biped used to give me bits of human food all through the day and a nice hot meal for dinner. I only get this crappy “kibble” stuff in a stinky, unwashed bowl twice a day. It’s like I’ve been captured by the Viet Cong. And who eats “Kibble” in the morning? Morans, that’s who.

Sometimes The Killers give me one of the ears or body parts from The Crawlspace. It’s not as good as The Old Biped’s bacon or hamburger. The Killers give me hamburger or bacon when they’re trying to get me up those stupid stairs to the Blue House. Good luck getting me up there, Serial Killers. I only went up there on Christmas Eve because it was a Holy Day and you couldn’t kill me that day even if you wanted to. It was a Holy Day.

Another time the Killers give me human food is when they want me to swim in The Big Bitter Lake. I took a drink from it when I first got here and I nearly threw up. The other dogs think it’s great. They swim out into that bitter, cold, crappy lake fetching tennis balls like idiots. There are probably squishy things and monsters in it that are no good for dogs. It looks different every time I see it- sometimes there’s a lot of water, sometimes there’s a lot of sand. It’s like it’s governed by Chtulhu or something. And the dumbass Salty Dogs keep swimming and splashing around like it’s the greatest thing ever. Even in winter. Even the dog they call “Buddy.”

“Buddy” must be a bzillion years old. He staggers around, his eyes are cloudy and have junk in them, he has a gajillion tumors all over him and he smells like death in a burned-out hot pot. I think he’s a Zombie. I growl menacingly at him whenever he comes close. Buddy just staggers by me like he’s going to eat my brains. The other dogs don’t pay Buddy any attention. Probably because they’re Zombies. Pretty fat Zombies, too.

“Auggie” is just weird. This whole frickin’ place is weird. Auggie thinks he’s some big shot or something. He uses a lot of big words and only stupid people use big words. Auggie can outrun me in a dead heat even though he’s the fattest of all the dogs. He loves to run, which is something I can work with. He also loves to swim and fetch which are completely insane things for dogs to do.

“Max,”- is another geezer, although not as bad as Buddy. At least Max doesn’t smell like a compost pile unless he’s been rolling in one. Max tries to get me to play with stuffed toys by shoving them in my snout. It’s pretty rude. And whoever heard of two dogs playing with the same toy? That’s just as dopey as it gets.

I still have no idea what the Serial Killers’ names are. I think it’s like Ed and Edna or something. Who cares? They’re ignorant.

I hate this whole “Chez” place but I’d be lying if I told you there were no good things here.

They take Walkies seriously here. The Walkies are long and we walk hard in all kinds of weather. Most of the time it’s off leash which is frickin’ great. It probably has something to do with unfattening me for the kill. I forget if they’re fattening or unfattening me. Look it up. I’m not your fricken’ dictionary, Diarrhea.

Another thing that’s good about Chez Crappy – I get a lot of squeaky toys. I used to only get a couple a year at my old house- one for my birthday and one for the Holy Day Christmas. Now I have baskets-full of them wherever we are. The Serial Killers don’t mind if I rip them up as long as I don’t take them from customers or The Crawlspace wall.

Another good thing about Chez Crappy is that I’m pretty sure I won’t get kicked out anytime soon. If The Killers still have Buddy the awful, stinky, staggering, peeing Zombie, I’ll be OK here. I’m just so tired of moving all the time, Diarrhea. I just want to stay in one place.

And despite the dog-smelling rat-beast at The Crawlspace that tried to give me rabies, I really like to meet other dogs and Bipedz. I meet lots of dogs and Bipedz all the time now- at The Crawlspace, on Walkies, and when they come to the house for parties. I met a cute little dachshund named Ginger at one of the parties. I didn’t get to ask her out. Everything went so fast. Next time I will. I never met any dogs at the Old Biped’s and definitely not at the shelter.

The other night I dreamed the Serial Killers didn’t like me anymore and they brought me back to the shelter. I tried to run away as soon as they opened the car door, but the leash was very tight. The Bipedz were all laughing at me and saying mean things. One of them tried to kick me. I tried to run but the leash choked me until my ears rang in a funny way. They threw me in a crate when I couldn’t resist anymore. I couldn’t get out. I ran around the crate looking for a way out. I barked to the Serial Killers for help. I barked to The Nice Lady for help, but they were all gone. The crate got smaller and smaller. It got darker and darker. Other dogs were barking and crying and howling like me in the darkness. It all echoed off the pee pee-soaked concrete floors and rang in my ears forever.

Thank Dog I woke up in this frickin’ madhouse.