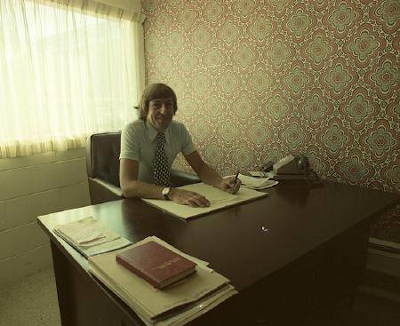 Thanks to those of you who sent emails laughing at my broken ankle. Evidently, Max’s telling of of how I broke my ankle and my subsequent flounderings were quite a Biped laugh machine.

Instead of actually trying hard to present you with a clear and compelling narrative, I’m just going to jot down five lukewarmly-endearing vignettes about my little beasties for your fleeting enjoyment.

Teddy was begging just outside the kitchen as was his wont. As a joke, I cocked my head and asked him in a high-pitched voice if he wanted a SUPER-DUPER AWESOME TREAT JUST FOR HIM?!?!?!

I got him to do his Cute Little Excited Jump-Up Dance and I threw that wilted lettuce leaf in the air with a high arc.

Just as Ol’ Teddy Spaghetti was rearing up to catch it, Auggie shot out from behind a chair. He leaped like a fat, furry ballerina and snatched that wilted lettuce leaf before Ol’ Ted even knew it was being thrown. Auggie’s mouth was easily 7ft in the air when he grabbed it. I know that because I am 6ft tall.

I’ve thought a lot about what was going through Auggie’s head before His Leap. Auggie must have seen that lettuce leaf and thought it was the most gigantic treat he’d ever seen. There was no way he was going to let it go to the Greenhorn of the pack.

After Aug snatched his prize so gracefully, he landed like a sack of grain on our cabin floor. He ran like a wild animal to the corner of the living room and put the leaf down, ready to defend it against Dog, God, and Biped. When no one challenged him, he inspected it.

He sniffed at it. Looked around. Sniffed again. Looked at the wilted lettuce leaf again. Then he looked at me.

I will never forget the look on that dog’s face. Imagine a child getting a toothbrush for Christmas. Imagine your best friend giving you a fake Super Bowl ticket. Imagine a doctor saying she was going to encourage the cancer to grow in you. That was Auggie at that moment.

The other dogs recovered from their initial shock and closed in. Auggie took a tentative bite of the lettuce and looked at me again hopefully. When he realized no other treat was forthcoming, he wolfed down the wilted lettuce leaf with muffled crunches. It was entirely clear that he did NOT enjoy it.

After a reproachful look at me, he sauntered off, pretending that wilted lettuce leaf was the best thing he ever ate in his fat little life. 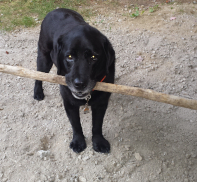 When we first got Coal, we took him out on the trails without a leash. He LOVED it. But he was also terrible at it. He would dive into the bushes and come out with a massive stick and run up and down the trail. Sometimes he would buzz by me like Top Gun. Other times he would whack me in the shins. I would scream at him in pain, only to be hit in the calves when he turned around to look at me. He loved that massive stick. Sometimes when Coal didn’t have a stick, he would just crash into your legs at full bore. It was tough to love Coal on the trail.

It was a cold winter day and we were walking along a Little League baseball field in Freeport. Coal came charging out of the woods with a 6ft-long log. He hit me squarely in the shins with that meaty bough and I screamed out. That made Coal turn around with the log still in his mouth and trip me. I fell and hit the frozen ground squarely on my right shoulder. The crunch was a sickening sound.

I lay on the ice, writhing in pain as Coal ran back and forth with his stick barely missing my head each time. He seemed very happy- that perhaps I was finally getting on the ground to take an interest in his stick. I sat up and grabbed Coal’s stick with my left hand and stomped it in half. Coal grabbed the bigger piece and ran off – happy as ever.

Unfortunately my right arm is my throwing arm and I was never able to play pro ball again. Not even in the minor leagues. Haha! Just kidding! I couldn’t tote firewood, open stubborn jar lids, haul groceries, or bring the garbage to the curb every Friday. At least that’s what I told Liana.

The other thing you’re allowed to do when you have two geriatric dogs is spend lots of time discussing what dog committed which household atrocity. For example- was it Buddy or Max who got into the garbage, ate all the coffee grinds, only to throw them up on the bathroom rug in the middle of the night? Bonus points if you had a theory that addressed “Why?”

With people, we call it going senile. With dogs, we call it testing boundaries. Take our friend’s dog Kipper the black lab. When he was in his prime, he was the best-trained dog I ever knew. He was a top-notch bird dog and he fetched tennis balls until the day he died at 16. He also bit puppy Max’s head when Max tried to steal his food. That was a hoot.

As the well-trained Kipper got older, he broke into the fridge until his owners put a padlock on it. Kipper moved on and destroyed their trash compactor. On another occasion, his owners came home from a very pleasant dinner to find that he managed to eat everything in their bread and flour drawer. They found him heavily-floured and asleep in his crapulence. They are still in counseling to this day.

Luckily, our senior dogs have yet to wreak that kind of destruction upon us. We worry about stepping in nocturnal poop or thrown-up coffee grinds left in heavy traffic areas.

Liana and I have our own theories regarding which dog produced which poop at what time. Nothing can be proved. It serves as endless entertainment. Sometimes I will vociferously disagree with her just to put some spice back into our marriage. Even if it means dinner is 20 individually-wrapped slices of Processed Pasteurized American Cheese Food, two Lite beers, and going to sleep on the couch without a blanket.

We are considering counseling.

Feeding time at Chez Salty is a lot like lined-up dirt bikers competing for a $1 billion winner-take-all jackpot. The cyclists are always spinning their wheels, kicking up dust, and trying to get an edge on the others like encroaching hockey players at a face-off. Liana and I have strict rules and fearful punishments for dogs that do not obey the strict mealtime rules:

1) All dogs MUST eat from their own bowl.
2) All dogs MUST wait for the all bowls to be filled and the “OK” from Don or Liana to eat from their own bowl.
3) Food MUST be eaten in the shortest time possible.
4) Food spilled on the floor is free game.
5) Vomit belongs to the dog who vomited it.
6) Dogs who walk away from their bowls after 15 seconds forfeit all the food left in their bowl.
7) After the meal is done, any bowl may be licked by any dog for as long as that dog likes.

We developed these rules for the safety and equanimity of all dogs. Rule #5 is expressly for Auggie. The most iterations I’ve seen Auggie vomit and eat his own vomit was 5 times. Then he licked the rug where he vomited obsessively. Aug will also defend his pile of vomit aggressively.

We’ve never had a food grazer like Teddy at Chez Salty. The chaos regarding Teddy and Rules #4 and #6 definitely makes Auggie way chunkier. Auggie simply can’t understand why a dog would EVER spill food from his bowl or walk away from a bowl with food in it. His interpretation is- unless they wanted him to eat it, why would they leave it? And when you consider Teddy spills more kibble on the floor than The Exxon Valdez spilled oil, you start to look at little Auggie as a highly-developed Thug Neck. It certainly isn’t lack of exercise or over-treating by Liana and I.

Once upon a time when Buddy could walk, we all traveled to [NAME DELETED TO PROTECT IT FROM TOURISTS] Beach in Kennebunk. We walked the full length of the Beach, and around the point to a Secret Mile-Long Beach. There are never any people on Secret Mile-Long Beach, but there are tons of seals on the ledges just off the shoreline.

Once we got to the Secret Mile-Long Beach, it was low tide and there were a zillion seals everywhere. It must have been whelping season because pups would swim in close, pop their little heads out of the water and bark in high-pitched tones tauntingly at my dogs. When my dogs charged into the water to settle the score, the little seal heads disappeared and resurfaced a safe distance away, barking insolently. There were dozens of seal pups, and it was quite a racket.

As you might imagine, this had the effect of wearing the hell out of my dogs. One of the adult seals even stole Auggie’s tennis ball and Auggie FREAKED out. He ran up and down the beach barking frantically like he’d lost a child. He ran into the water after the seals time and again – growling, barking, and baring his fangs.

The seals were having a great time egging my dogs on. And I admit it was pretty funny to watch those graceful Sea Dogs drive my Landlubber Dogs crazy.

The cacophony of barking, whining, and carrying on got to be too much. Coal was hoarse. Buddy was limping. Auggie still wanted a fight like Tanner in “The Bad News Bears.” Max was obviously dispirited and walked up on the loose, dry sand on the high beach. I took the extra super-secret tennis ball out of my pocket and pitched it as far as I could down the beach for Coal and Auggie.

The entire way back down the Secret Mile-Long Beach, the seals followed us and their barking sounded like derisive laughter. We climbed around the rocky point, thinking that was the end of it. Yet, those seals easily swam around the point to [NAME DELETED TO PROTECT IT FROM TOURISTS] Beach. There was nothing my dogs could do to salvage their dignity. We were a once-glorious army beaten, straggling, and enduring the harassing taunts of the victorious partisans.

We got back to the Honda Vomitmobile where I watered and loaded all the dogs in. We drove back up to Yarmouth, where I met Liana for a couple drinks and dinner. It was several hours before we got back to the house in Pownal – well past their usual dinnertime.

When I let all the dogs out of the car, Max refused to budge. He was in the back cargo space, so I opened the hatchback. He didn’t move.

I lost my temper and reached in to drag him out by his collar. He reared back and bared his teeth and growled at me. I stood there looking at him wide-eyed. I had no idea what to do.

After a long minute, I reached in gently and gave his head a little rub. I left the hatchback and the door to the house open for when he was ready.

We all have bad days.