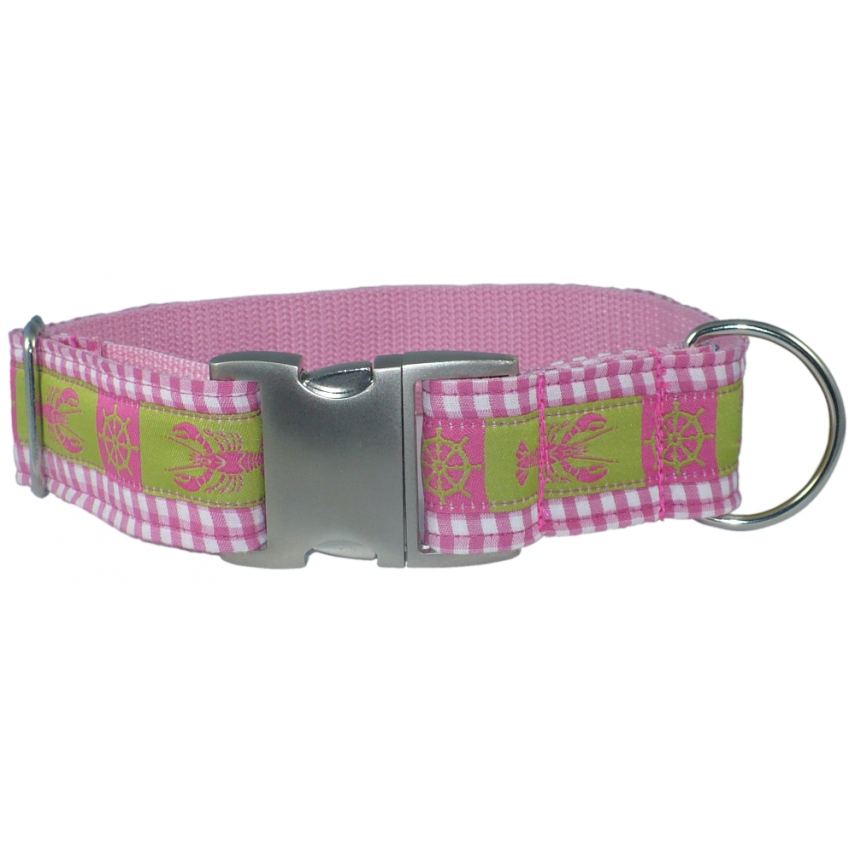 The pink tells everyone your dog's a girl. The Lobster tells people you like to eat fancy things. And the gingham reveals to all that you are a grounded, down to earth person who just routinely puts 5 lobster's-worth of collar around your dogs neck. That's who you are. And because your dog deserves it.